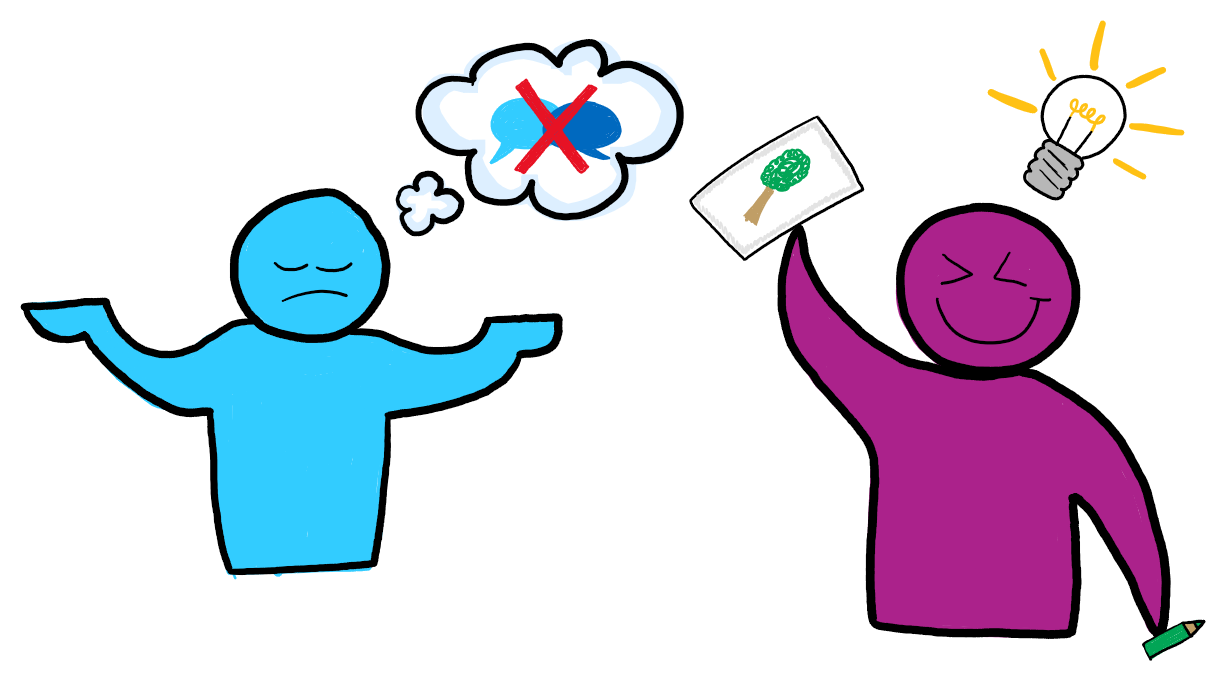 There are many difficulties that we go through whilst graphic facilitating. It could be that there is too much background noise, too many people talking all at the same time and even language barriers.

Being a Graphic Facilitator is one way to break the language barrier! Images and drawings are international, and most people can understand them. A “car” in one country will look similar to a car from another country and will therefore be recognisable.

A Support Broker/Graphic Facilitator from Imagineer was supporting an individual who had limited verbal communication create a Person Centred Plan for themselves.

Due to their limited verbal communication, the individual found it difficult to express the detail of what they would like on their plan.

So, the Facilitator in advance had printed images out, cut them out of magazines and put them all around the room so that the individual could choose what they wanted to put on it.

By doing it this way the individuals close family, friends and even the facilitator found that there were extra things that they would not have thought to have put on the individuals plan.

Drawing and Involving the Audience:

On another occasion when Facilitating a Person Centred Plan the Focus Person was talking about how they would love to learn to ride a bike.

The Facilitator was unsure on how to draw the bike so asked the Focus Person to draw it, but presumed that it would be a Push Bike, when the Focus Person came to the Graphic, what they meant was in fact a Motorbike.

So even when a person can verbally tell you what they would like it is easy to get it wrong and presume they mean a certain thing.

We have also Facilitated a Person Centred Plan for someone who has been fully nonverbal. In this instance we have before the meeting has started created a Communication Map. This is where we map down different types of body language, facial expressions, and noises that the Focus Person might do to communicate,

As an example, you would write or capture what:

Can you share instances where you have broken the language barrier on a project you have been working on?